Interested in joining Consensus Council’s Board of Directors? You can apply! We accept applications on a rolling basis. 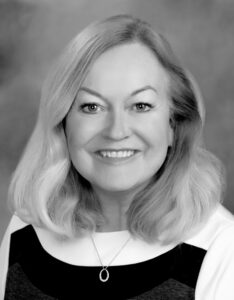 Christine is a staff attorney for the North Dakota Protection and Advocacy Project (P & A). She is the former Executive Director of the State Bar Association of North Dakota and a Committee Chair of the North Dakota Judicial system. She practiced law in Bismarck for over 25 years, specializing in litigation. She is also a spokesperson for the legal community, and for disability rights. 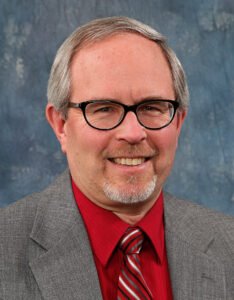 Steven J. Andrist, is a third-generation North Dakota weekly newspaper publisher and former executive director of the North Dakota Newspaper Association. He is the grandson of the late Calvin Andrist and son of the late State Senator John Andrist, both long-time publishers of The Journal at Crosby and both inductees into the NDNA Hall of Fame. Steve Andrist published The Journal for 21 years until selling the newspaper in 2012, completing 91 years of family ownership of the newspaper. He also published the Tioga Tribune which he also sold in 2012 when he moved to Bismarck. He retired from NDNA at the end of 2020.

Andrist is a 1972 graduate of Divide County High School, Crosby, and a 1976 journalism graduate of the University of North Dakota. He held reporting and editing jobs at the Bismarck Tribune, the Winona (Minn.) Daily News and the Rochester (Minn.) Post-Bulletin before moving back to Crosby in 1991 to take ownership of the family newspaper business. During his newspaper career he served on the boards of NDNA, the NDNA Education Foundation and the National Newspaper Association. While in Crosby, he was active in many community organizations.

Steve and his wife, Barbara, a public health nurse and former grants manager for the North Dakota Center for Tobacco Prevention and Control Agency, are the parents of three adult sons and have seven grandchildren. 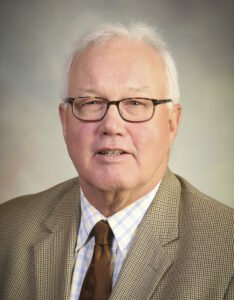 Jon O. Nelson is a third-generation farmer who has served in the North Dakota House of Representatives for 24 years. He grew up near Wolford, ND, graduating from Wolford High School. He attended Dakota College at Bottineau and Minot State University and started farming in 1978. He and his wife, Shirley “Sid,” raised their three children near Wolford. He spent 12 years on the Wolford School Board and served 30 years as Rush Lake Township supervisor.

First elected to the ND Legislature in 1996, Nelson has held numerous leadership positions. He currently chairs the Human Resources Section of the House Appropriations Committee and is interim chair of the Department of Corrections and Rehabilitation Review Committee. In 2019, the ND Department of Human Services awarded him the Behavioral Health Champion Award, and he was named a Friend of Anne Carlsen Center for his work with Annie’s House Adaptive Program at Bottineau Winter Park.

A state leader in natural resources management and water issues, Nelson has served on the House Water-Related Topics Interim Committee since 2011 and previously chaired the House Natural Resources Committee. He’s served on the All Seasons Rural Water District board of directors since 2005 and is a former member of the North Dakota Rural Water Association executive board.

For Nelson’s legislative leadership, the American Heart Association awarded him the Saving One Life at a Time Award in 2011 and the American Cancer Society honored him with its Moving the Marble Award in 2009. 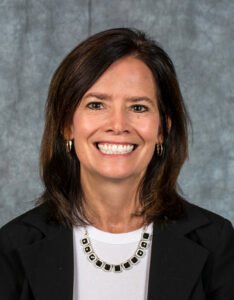 To complement her development work with NDAREC, Lori provides administrative services to the Rural Development Finance Corporation, a nonprofit development corporation with assets of $7.2 million, and the State Board of Agricultural Research and Education. She serves as vice chair on the CooperationWorks board of directors and secretary/treasurer for Dakotas America, LLC’s governing board.

Lori holds a bachelor of science degree in business management from the University of Mary, Bismarck. She is a certified economic development finance professional by the National Development Council. She was a 2018 Fellow for the Business Alliance for Local Living Economies (BALLE), now known as Common Future. 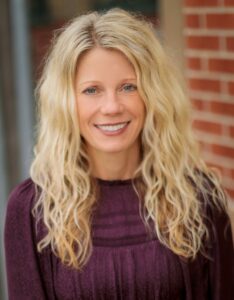 Julie is the Director of Community Development at Family HealthCare, a federally qualified nonprofit community health center in Fargo, whose mission is to provide affordable quality health care for every person. Julie has over 20 years of nonprofit experience.

Julie is a 1995 graduate of Minnesota State University, Moorhead. She is married to Matt Engen, and he has two grown sons. 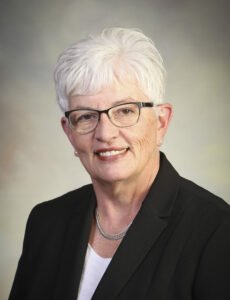 Joan Heckaman is a ND State Senator (D-District 23) from New Rockford, ND, where she resides with her husband, Dewey. She is a retired teacher and was first elected to the State Senate in 2006 where she currently serves as the Senate Minority Leader.

Joan and Dewey have 4 married children and 10 grandchildren. When not busy attending grandchildren’s school and community activities, Joan enjoys quilting and reading.

Her motto is “go forth and do good things!” 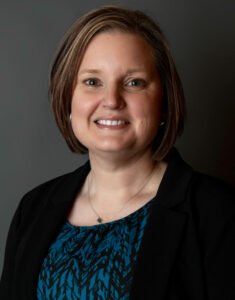 Erica Johnsrud, a native of rural Watford City, serves as McKenzie County Auditor/Treasurer. Erica was appointed to the unexpired Auditor/Treasurer term in 2017 and elected to her first full term in 2018. Additionally, she serves on the Executive Committees and Boards of the ND County Auditors Association, ND County Treasurers Association, Girl Scouts Dakota Horizons, and the Rural Leadership ND Advisory Council.

In her spare time, Erica and her husband, Chas, enjoy spending time with family and friends, traveling, attending sporting events, relaxing at the lake, and following the activities of their five nieces and nephews. 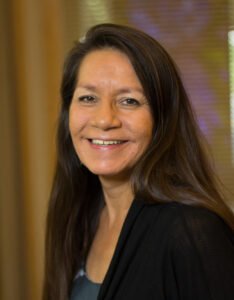 Stacey is a first cohort member of Native Nation Rebuilders selected by the Bush Foundation in 2010. For many years, Stacey has advanced the training and education of emergency medical professionals and has been recognized for her contributions. Stacey is the recipient of several professional and civic awards, including recognitions from the National Indian School Board Association and for work supporting crime victims. Stacey has served on numerous civic boards and committees, including City of Fort Pierre, SD, Board of adjustments and Appeals; Fort Pierre, SD, Volunteer Fire Department Auxiliary; Law Enforcement Auxiliary; Fort Pierre American Legion Auxiliary, among others.

Stacey is married to Brian LaCompte, BIA Supervisory Special Agent, Internal Affairs, and is a proud mother of five children and grandmother of four grandsons and one granddaughter. 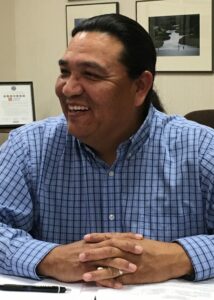 JR LaPlante is the Director of Tribal Relations for Avera Health where he serves as contact for area tribal government and Indian Health Services and works with tribes and the IHS to improve the health and wellness of tribal members.

He is an enrolled member of the Cheyenne River Sioux Tribe and is a 2009 graduate of the University of South Dakota School of Law, with an undergraduate degree in Sociology from Carson-Newman College in Jefferson City, Tenn.

He served as an Equal Justice Works, AmeriCorps Legal Fellow with South Dakota Access to Justice in 2009 and is a member of the first cohort of Native Nation Rebuilders selected by the Bush Foundation in 2010. JR served as the first Secretary of Tribal Relations for the State of South Dakota from 2011-2014.

He also served as an Assistant United States Attorney and Tribal Liaison for the United States Attorney’s Office for the District of South Dakota in 2014-2015. He previously practiced Indian law and was the chief judge and court administrator for the Crow Creek Sioux Tribe, and is a former administrative officer for the Cheyenne River Sioux Tribe.

JR is married to Kathy and they have one daughter. His Lakota name is Tasunke Waste (His Horse is Beautiful). 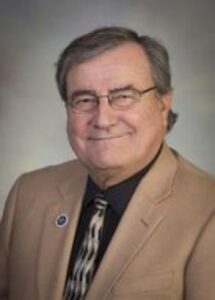 Andrew is a businessman and Vietnam veteran involved in family business pursuits. He is also a former Republican State Legislator, having served in the ND House of Representatives from 1993-2005, and 2010-2018. 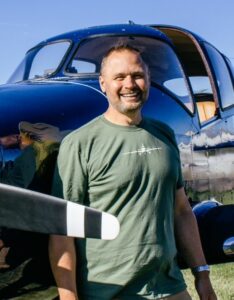 For Board Members Only